The last two years have seen a surge in innovation within the anti-drone area.

The last two years have seen a surge in innovation within the anti-drone area. Not surprising, considering the recent events at Gatwick and Newark airport. In the UK 140,000 passengers were affected, and the BBC has  reported that Gatwick will have to spend over £5 million on prevention methods.

The ability of drones to interfere with airliners and inconvenience their passengers has now been demonstrated on two continents, and the problem is likely to get worse as the number of small, unmanned devices multiply. Governments, airport operators, drone manufacturers, aerospace and defence companies are now all racing to find the key solution.

Late in 2018, Congress gave the Homeland Security and Justice departments authority to develop and deploy a system to identify drones and disable and even destroy drones that authorities consider a threat. In the UK, following the incident at Gatwick airport, British police at London’s Heathrow airport are to be armed with anti-drone weapons. They opted for the Skywall 100 solution from Openworks, also using a net, but fired from the ground. The bazooka-type devices work by launching a net to trap the drone, before landing it safely in a parachute.

With over more than 450 publicly known innovations within this space coming from more than 300 organisations across the globe, it will be a question for the quickest innovators with the most effective solution. There are a number of methods including; various ways of capturing, destroying, landing or even immobilising the drone. 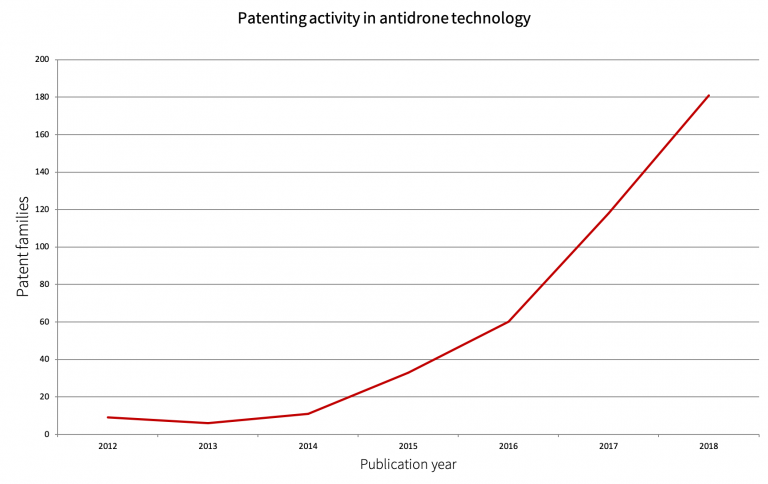 Who are the innovators and winners and losers in the race to secure airspace? With drone sales surging and recent airport disruptions being frontline news, there are bound to be very substantial RFP’s, acquisitions or investments in the very imminent future. 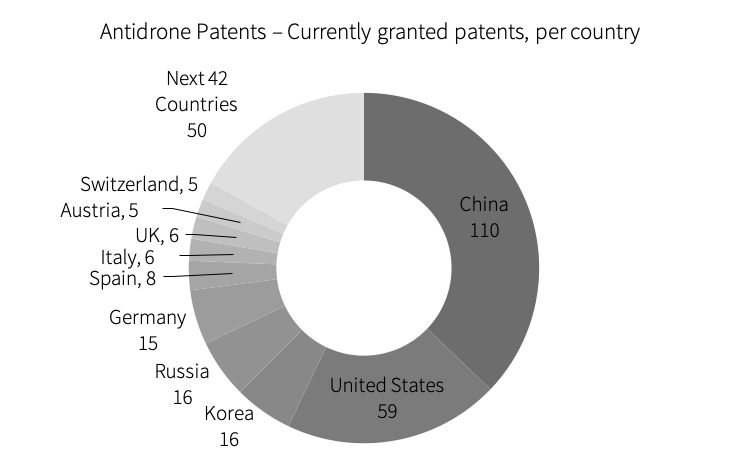 China and the United States have a significantly greater number of granted patents having over half of the granted patents in the top 50 territories. The top four patent owning geographies in anti-drone technology also include Korea and Russia. 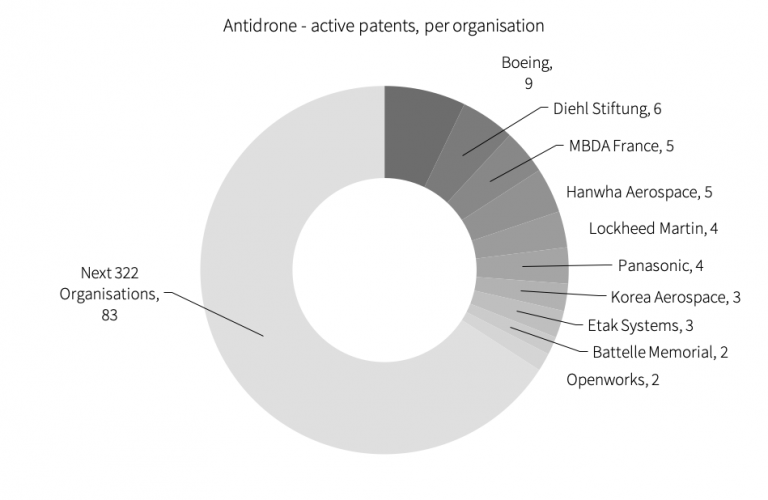 Patent data is not the only way to quantify innovation, it illustrates an objective view but can also be used as a key metric to understand new innovators as well as pioneers. Patents not only give you the names of who is innovating, but you can also see first-hand the state-of-the-art innovations, exemplified below.

Boeing, one of the pioneers in the space, was primarily innovating for use in military situations where you could use a counter drone or an armed drone to neutralise the threatening drone. Outside of military applications, many other companies are looking at how to immobilise a drone with another drone that fires a net. Innovators include; Sanmina, Panasonic, and Prodrone. 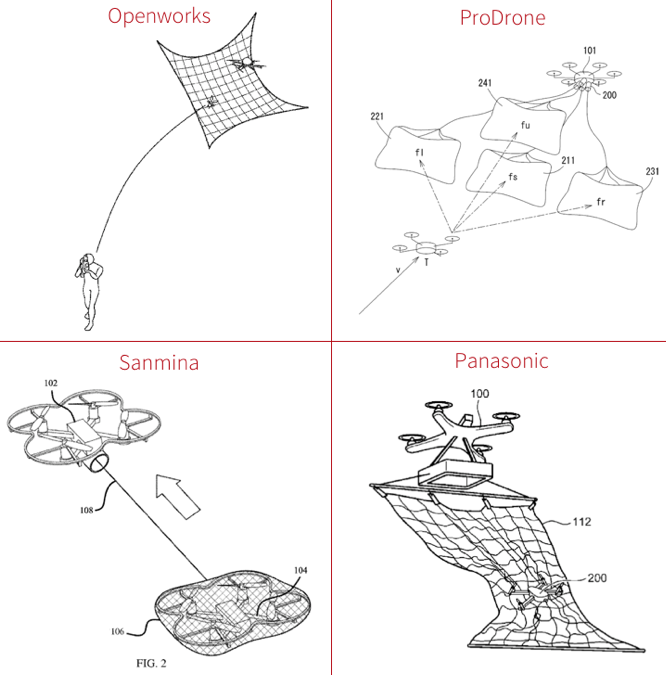