Return on Investment for Patents

This is the third episode of Cipher Vision, a podcast series dedicated to unleashing the strategic value of patents. This episode talks about calculating return on investment data for patent professionals and intellectual property departments.

When I joined the team what I found was that we had a reactive approach to things.  And it’s not uncommon, because Facebook at the time was just a small growing company with a very small team and how we handled things was to just react to what the business needed.  And so there wasn’t a system there of a reputable, evidence-based way of approaching things.

Thinking about return on investment, it’s such a foundational metric for so many parts of the business, when you’re thinking about the relationship between the investment that you’re putting in and the benefit that you derive from that investment. It’s kind of hard to imagine an area of the business that wouldn’t have to demonstrate their return on investment to compete for the rare resources that you’ve got within a business.  So, why do you think investments in patents hasn’t had the same amount of scrutiny?

We’ve been working on optimisation and risk metrics for years, which are all economic calculations and I thought they were well suited to IP Teams, but bearing in mind the basic theme around Cipher providing evidence to tell stories, you’ve got to empathise with the people listening to those stories and if they’re so familiar with ROI, it seems a very logical and natural step to adopt exactly the calculation that they’ve been using.

Thinking about return on investment and using data to calculate it, I guess, I’m pleased to see that your job title is “Head of Patent Analytics” at Facebook and so I’m hoping that means that times are changing or have changed.

Legal is always seen as a cost centre and if the Legal Managers believe that it’s possible for data to paint a more precise picture, then we can invest resources and get in there, because it does require internal tooling to capture all the data needed to even make an ROI calculation. Legal is generally just slower in adopting tech than any other business unit. Even though, you know, our business teams have long since relied on data and adopted various internal tools and tech since the very beginning.  And at the same time patent data has been slowly becoming easier to collect over the past few years. None of this is possible without data. All of these factors kind of are sort of moving in the right direction, where Legal Teams can now more easily invest in tools that collect the data, so that we can calculate this ROI.

That’s an interesting trilogy – data, leadership, communication, I’ve never put those three together, but it makes perfect sense. As John said, you can’t do any of the calculations we’re talking about without access to data and I definitely think both the actions by the Patent Offices and the actions by companies like Cipher to apply machine learning to the analysis of data, just makes it more trusted, makes it more available, frankly it just makes it cheaper to get hold of. I think the intellectual property world is going through a seismic change.

Listen to the full episode on Apple, Spotify, Google or Stitcher 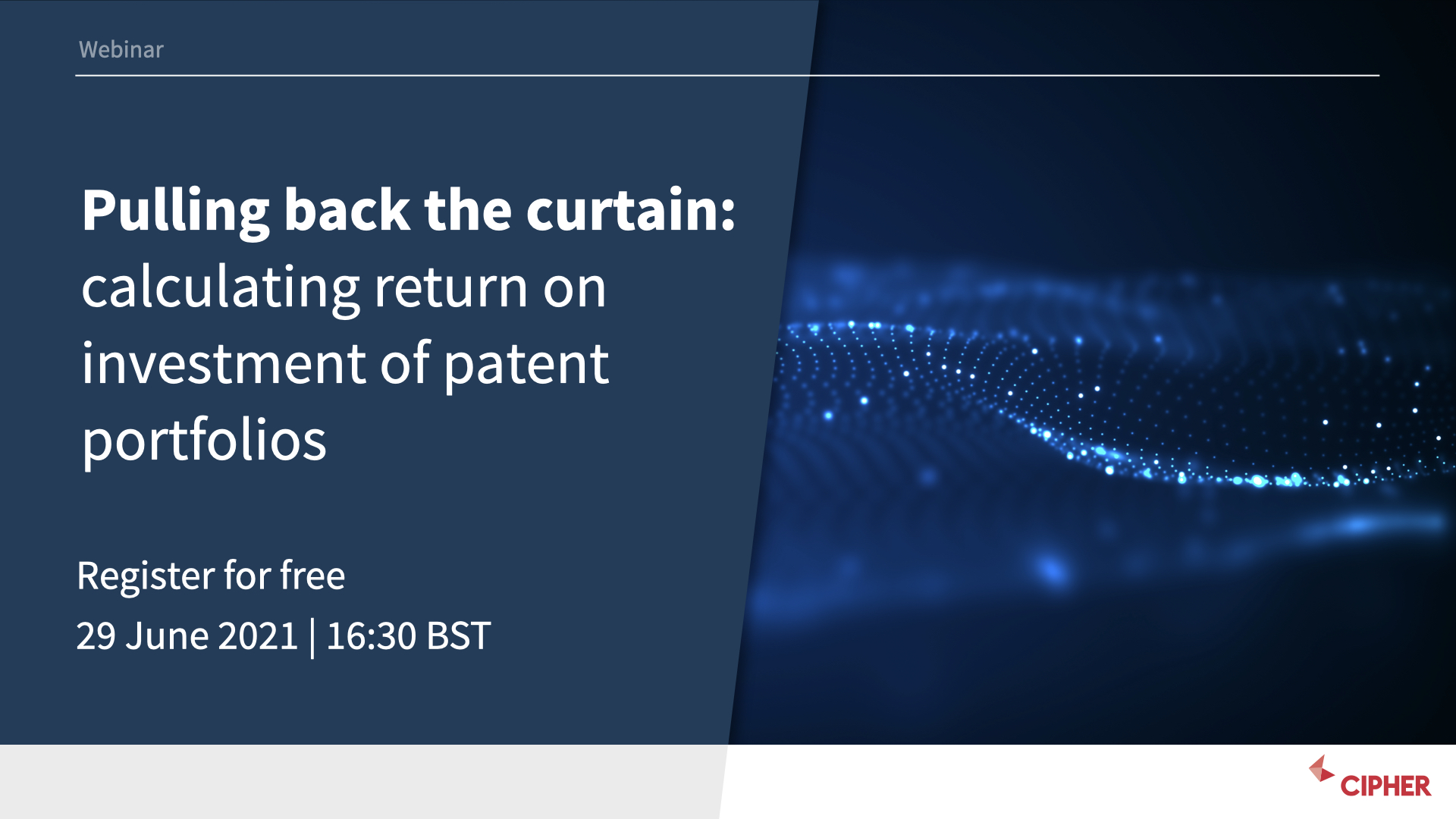 How do you measure what value your patent portfolio brings to your organisation?

Listen to our webinar with Facebook as we delve into calculating the ROI of patent portfolios.