Unleashing the strategic value of patents

Cipher’s mission is to enable patent owners to make rational decisions by providing strategic patent intelligence, powered by machine learning.  We are part of the community that promotes the importance of patents as strategic assets that deliver value to an organisation.  We provide Solutions to the strategic challenges facing patent owners.

After 25 years of advising companies on the strategic importance of intellectual property, I realised that patents would never evolve into a functional asset class without a trusted source of data in a form optimised for business decisions. The founder directors and investors agreed that this was a problem worth solving.

Cipher was founded by Nigel Swycher (CEO) and Steve Harris (CTO) in 2013 to harness the latest developments in AI and machine learning to automate recognised inefficiencies in the aggregation, analysis and visualisation of data relating to the ownership and use of patents.

Initially, Cipher was focused on analysing and comparing patent owning companies. In 2017 we invented Cipher Classifiers, a new and improved way to map patents to technologies using supervised machine learning. This breakthrough made it possible to establish objective and repeatable ways to communicate both the risk and value associated with patents to IP leaders, the board and the investor community more broadly.

Cipher is recognised as the leading provider of strategic patent intelligence to major patent owning organisations.

Cipher as part of the Community

Cipher is a founding member of the Open Register of Patent Ownership (ORoPO), which is committed to improving the data quality around patent ownership.

Cipher is a member of LOT Network as we believe that patents should encourage innovation and not litigation. Read our report on the LOT Network portfolio. 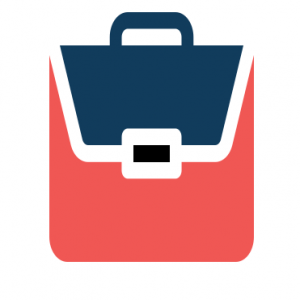 Cipher supports academic programmes to expand understanding of intellectual property including CIP at Gothenburg and Berkeley Universities and Skoltech.

We work with organisations such as AST and OIN to promote patents as strategic assets, by promoting the message through a number of channels. 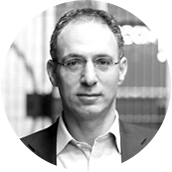 Nigel is CEO and co-founder of Cipher. Nigel’s background is as an IP lawyer, having been a partner at Slaughter and May, London for 20 years.  Throughout his career Nigel has focused on the creation, defence and exploitation of IP assets, and helping companies, their advisers and investors understand the importance of intangible assets. Nigel is a director of ORoPO (the Open Register of Patent Ownership) and is a recognised as an expert by the IAM Strategy 300. 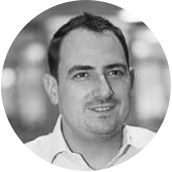 Steve is the co-founder and responsible for the design and implementation of Cipher. Previously he was CTO of a UK-based FinTech startup, Garlik, until its sale to Experian in 2011. Steve was a researcher at the University of Southampton, specialising in Artificial Intelligence, Information Extraction, and Graph Databases. Steve advises the UK Government and European Commission.  In 2020 Steve was recognised as an expert by the IAM Strategy 300. 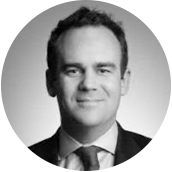 Stewart leads the Commercial arm of Cipher, managing the Sales, Customer success and Marketing teams, responsible for delivering revenue.  Stewart has run commercial teams, previously as Head of Sales and Marketing at Maplecroft for 4 years.  Prior to that he was at Wood Mackenzie for 12 years, where he held sales leadership positions in Europe and US, launching the sales effort in New York around Institutional Investors.  He started his career at Jobsite. Niall leads the team working on integrating strategic patent intelligence solutions into client workflows. Niall has over 20 years experience in research and analysis, specifically covering upstream oil & gas, energy markets and above ground risk. Niall was Senior VP Head of Research with Verisk Maplecroft.  Previous to that Niall was Head of Investment Research with Wood Mackenzie in New York. 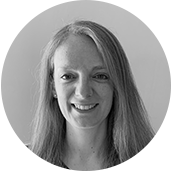 Francesca is responsible for building awareness of the Cipher brand and lead generation. Francesca worked at Wood Mackenzie for 16 years in Marketing, building teams in Asia and Europe; focusing on building brands in new markets, product launches,  acquisitions and developing new business leads for sales.  Francesca started her Marketing career at Procter & Gamble. 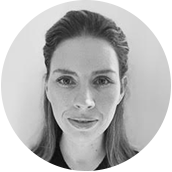 Grace is responsible for the implementation of our people strategy, driving organisational performance, and creating an engaging work environment. Grace held various HR Business Partner roles at FireEye Inc prior to joining Cipher. Grace has international and multi-functional experience and recently spent three years in the Silicon Valley. Grace is CIPD qualified.

Steve was Chairman, Natural Resources at Verisk Analytics and prior to that, CEO of Wood Mackenzie, providing natural resources commercial intelligence from 2007 to 2015.  Steve played a key role in the management buy-out in 2001, the exit to Candover in 2005, and led further exits to Charterhouse and Hellman and Friedman as well as the sale to Verisk in 2015.

Scott is Head of UK Investment Banking at Deutsche Bank. He is also global co-Head of Consumer & Retail Investment Banking. Scott qualified as a Chartered Accountant with Arthur Andersen and has spent his subsequent career in London and New York with Schroders, Goldman Sachs and HSBC. Scott has an MA from Cambridge University, and is a native of Scotland.

Eyal is Investment Director at Beringea and is responsible for sourcing investments, executing deals and monitoring portfolio companies. He currently sits on the boards of Poq, Zoovu, Festicket, Papier, and MPB.com. Prior to joining Beringea, Eyal was director of Corporate Development at Countrywide PLC where he oversaw investments in the Property Technology sector.

Phil has over 20 years legal experience in high technology.  He  joined ARM Holdings in 1994 and served as General Counsel from 2003-2017. Phil was Chairman of ARM’s IP Steering Committee. Phil is a director of the Open Register of Patent Ownership (oropo.net) and served as a Non-Executive Director to Sarantel from 2010-2013.

Ewan is CEO of BMS Finance, an investor and lender to high-tech companies. Ewan has worked in a range of companies, including as CFO for Netdecisions, and Agilisys, a high growth IT outsourcer. Before that, Ewan worked for Investec in their corporate finance department specialising in the technology, media and telecoms sector.

Moni is a Non-Executive Director on the boards of FTSE 250 companies Investec Bank PLC and Polypipe Group PLC, a Trustee of children’s charity Barnardo’s and Council Member of Cranfield University. Prior to that Moni enjoyed a 30 year career as a finance lawyer.  Until August 2017 Moni was also a Director and COO of Aistemos.

Professor Jeremy Phillips is one of the world’s most respected IP academics. Jeremy was founding editor of the Journal of Intellectual Property Law and Practice and creator and blogmeister of the best read IP blog, IPKAT. He retired in 2016, but continues as Nigel Swycher’s inspiration.

Sir Nigel Shadbolt is Principal of Jesus College, Oxford and Professorial Research Fellow in the Department of Computer Science, University of Oxford. He is Chairman of the Open Data Institute which he co-founded. Nigel is an interdisciplinary researcher, policy expert and commentator.

Find out more about working at Cipher
Read more

Trained by humans, built by machine to give you independently verified accuracy

“Cipher’s classifiers enable you to understand the patent landscape or analyze a portfolio. Combining expertise in both IP and data science, Cipher provides you with solutions to the strategic problems patent owners face, with quick and accurate results.” Erik Oliver, Richardson Oliver Insights

Jared Engstrom, Head of Patent Development, talks about the growth in Red Hat’s portfolio, how he has used Cipher’s custom classifiers and how the Cipher Optimisation model has improved their understanding of the competitive landscape.
Read more

Speak to one of our Cipher team today.