Your guide to autonomous driving through a patent lens

A recent Intel study estimates mobility and autonomous vehicles growing to $3 trillion by 2050. Frankly it doesn’t take a rocket scientist to figure out that if all one billion vehicles on the road today will be replaced with vehicles that are increasingly autonomous, that this is a massive opportunity.

What is likely to be very different is the type of revenue to be earned and how it will be distributed. There seems to be a general consensus that “mobility as a service” e.g. ride sharing, may account for half of available revenue.

On that basis there will be a paradigm shift in who buys cars. Equally, as the current automotive ecosystem morphs to accommodate new tech entrants, both large and small, the economics of making and selling cars will change.

Is ADAS really a big thing?

Under the SAE J3016 standard, there are 6 levels of autonomous vehicles. They range from Level 0 (no automation) to Driver Assistance (Level 1), Partial Automation (Levels 2 and 3), High Automation (Level 4) and Full Automation (Level 5). Many of the underling technologies are becoming increasingly familiar e.g. ACC (adaptive cruise control) and automatic parking.

Level 3 and above are considered to be automated driving systems and Tesla’s Autopilot hovers on the 2/3 boundary. As cars increasingly grow into the description “smartphone on wheels”, the industry faces a number of the patent issues faced by the growth of telecoms.

To illustrate the changing dynamics we have posed a number of commonly asked questions and provided answers based on an analysis of patent data.

In this transformation, patents will play an increasingly important role, and it is essential that the topic is not regarded as taboo, or only for IP specialists. The data is out there and we have developed a taxonomy that aligns with how R&D and competitive intelligence teams think about the world.

While the patent system does not naturally lend itself to this approach, advances in AI and machine learning have made it possible to instantly access information from the world’s library of 100m patents owned by over a million different people.

What’s all the fuss about Lidar?

On 9 February Uber and Waymo settled the trade secret litigation with a payment of c.$250m of Uber stock. It was all about Lidar. Both companies believe that this technology will be an essential element of autonomous driving. Elon Musk doesn’t agree and he’s backing a combination of radar, cameras and ultrasonic sensors.

One thing’s for certain: autonomous vehicles need to know what’s going on around them, and radio detection (Radar) and light detection (Lidar) are definitely in the mix. Neither of the technologies are new. The first police Radar speed gun was deployed in 1954 and the Lidar equivalent in 1989.

As demonstrated by the Waymo litigation, there will be huge value for those who develop a viable implementation – and many companies are heavily investing in intellectual property protection (specifically patent protection). Chart 1 compares the growth in patent protection for Radar and Lidar since1990. 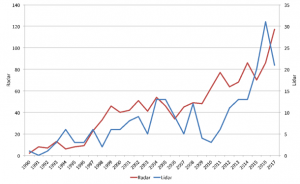 While there are many more Radar patents (it’s a much older technology), both follow an almost identical growth pattern (there was a surge in Lidar patenting in 2016). We have analysed this data to determine who’s doing what, but the answer appears that most of the OEMs are backing both options.

Chart 2 takes a closer look at the top owners of Lidar patents. There is a huge range and diversity. While the list includes 5 OEMs, the suppliers are heavily represented as are many owners from the non-automotive sector 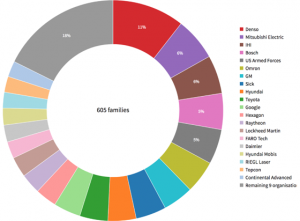 No. They will almost certainly implement first. There are over 300 “smart cities” in China and many of them are focussing on the infrastructure necessary to enable autonomous driving. China is also the world’ largest market for electric cars. In September 2017 Baidu set up a $1.5bn fund with a plan to invest in over 100 autonomous driving projects.

With all the recent talk of China and intellectual property, you’d expect to see this R&D spend reflected in patent data. You don’t. Chart 3 analyses the major OEMs and suppliers by region. While China is last, the real surprise comes from the US in next place. We make the point to highlight the fact that the increased accessibility of patent information needs to be handled with some care. It’s not a slam dunk correlation to innovation. 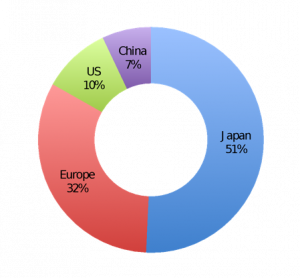 While on the subject of China, it is worth commenting on the range of political issues that is forcing the pace of China’s investment in automotive technologies. When it comes to high-definition mapping (an essential ADAS technology), China requires companies to work with one of a handful of local companies including Baidu and AutoNavi (part of Alibaba). The Made in China 2025 (an industrial policy launched in 2015) looks set to have more impact in this area than Trump’s slogan America First.

How are the manufacturers and their suppliers sharing investment into ADAS?

It’s interesting to study how the OEMs are each protecting their investment across a range of ADAS technologies. Chart 4 makes the point that both groups are investing heavily, and that there are many areas where there is a significant bias e.g. passive cruise control (OEMs) and radar sensors (suppliers). 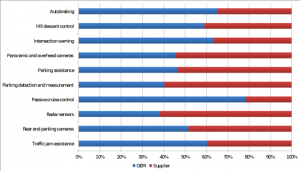 The better question is perhaps who will be providing the tech required for full autonomy. This reveals shifting sands as the major technology companies enter the sector. Chart 5 shows just how important Samsung, Siemens, IBM, Google, etc will be to the future of the car. Which goes a long way to explain the frequent announcement of acquisitions, joint ventures, investments and licences between the automotive incumbents and the mobility sector of tomorrow 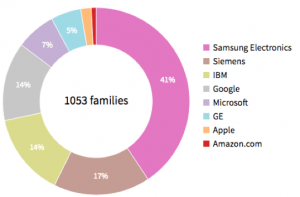 What has “lounge mode” got to do with ADAS?

Our prediction is that the inside of the vehicle will be as important as the exterior and performance in a fully autonomous world. This is not limited to the seats themselves (already a huge market) but all the AV and connectivity implications of a captive audience with time on their hands (not a steering wheel).

There are thousands of patents filed each year related to all aspects of automotive seats (adjustment, massage, sweat detection, electronics, headrests, mounting, etc.) and there are improvements being made all the time. The recent growth has been in rearrangement – converting the car into a lounge or a bedroom. The box below includes diagrams from patents by Ford (optimising seat and climate settings), and from Toyota and Volvo for seat configurations. 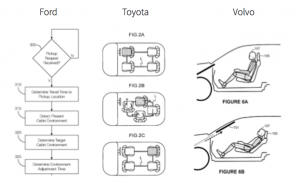 The importance of patent analytics

We believe that patent data is vital to an understanding of the innovation landscape for a number of reasons.

First, it helps answer the question who’s doing what? While this includes the usual suspects, disruption will increasing come from new and different sources.

Secondly, it supports a better understanding of technology trends. This is not a case of having to be a leader or a follower but simply knowing about the environment before deciding how best to proceed.

Thirdly, it’s fact. Companies do not file patents for fun. Companies who patent are willing to suffer the pain of publication, in exchange for a 20-year monopoly for their invention.

The patent itself describes the problem that is out there and how the invention provides a solution. Patent information is the largest structured database of innovation in the world.

In aggregate patents inform you about the technologies that will define the automotive sector of tomorrow – be sure to include this data as part of your decision making process. 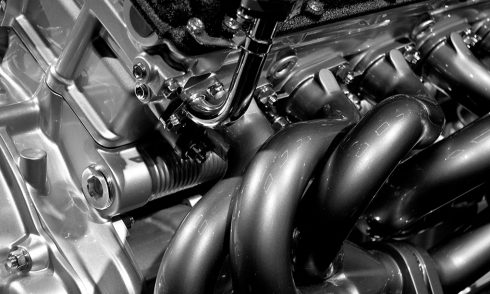 BorgWarner on how automation increases speed and reduces cost

Technical Product Strategy Lead, Chris Kowalsky, explains the problems with existing approaches to patent search and how Cipher Automotive has improved efficiency as they develop new technologies essential to the future of the car.
Read more
prev
next